Our digital marketing products and expertise have helped local, national and international businesses over the last 25 years.

DA Group offer a unique opportunity for your key staff to receive training in how best to deal with interviews and to protect and enhance your company’s reputation. Led by Dave Picken, former head of News & Sport ITV, and delivered by a group of influential industry experts, this programme is incomparable to any other on the market. The essence of our press training is not to bamboozle you with sound bites but to ensure that when the opportunity arises, the correct message is delivered and broadcast. Based on realistic scenarios, drawn up with your input, delegates are trained in both radio and television interviewing techniques and given the confidence to manage their interview.

We’re very flexible on dates and training can be arranged to ensure that all of your key members of staff are available to attend.

The 1 day training can be held at our own premises, The Old Brewery, Castle Eden, TS27 4SU where we have all the facilities to ensure the day runs smoothly, or we can arrange to visit you to deliver the course.

A bespoke package can be created tailored precisely to your requirements, generally training is delivered over 1 day. Our course aimed at individual companies allows delegates to discuss private issues which are relevant to your company in the comfort of their own colleagues, rather than using hypothetical irrelevant situations, which many course providers can’t offer. Interview techniques using a range of media including TV and radio are covered ensuring that all delegates not only feel comfortable in front of a camera or microphone but successfully deliver an interview which represents your company in the best possible light.

About the Course Tutors

Dave began his career in newspapers working as a reporter and industrial correspondent for the Hartlepool Mail and Sunderland Echo. He then joined Tyne Tees Television to launch the Middlesbrough news operation before moving to Newcastle to become News Editor and later became Head of News and Sport for five years. Dave has studied television news in North America and has attended a summer school held by the Magid Institute of Iowa (the leading training workshop for News Directors in the US). While working for Tyne Tees Dave won awards for writing and producing a comedy/documentary on Aids called “Educating Oz” and starring Jimmy Nail and Tim Healy in their Auf Wiedersehn Pet roles. He was also a member of the team which won the Best British Documentary Award for "Crying in the Dark" based on the Cleveland Child Abuse Controversy. Dave was also in charge of the news gathering team which was recognised for its coverage of the Iraqi supergun.

Paul Frost also joined Tyne Tees after an extensive career in regional evening newspapers. He gained wide experience as a reporter based at the Middlesbrough Studio before becoming the main news presenter. He has also worked for ITN in London and has broadcast live to the region from Australia, the United States and Hong Kong. He has carried out live interviews with many leading figures including Margaret Thatcher, Arthur Scargill and Tony Blair’s first interview as an MP. Paul has also worked with the Frank N. Magid organisation, the USA’s leading news training consultants, on presentation techniques.

Peter Dodson is a highly experienced BBC Radio Journalist. He was news editor of BBC Radio Cleveland before becoming the press officer for Cleveland County Council where he was also involved in media training for councillors and, on many occasions represented the Council on radio and TV interviews.

DA Group have delivered Media Training for many local and National companies including:

Please get in touch to discuss your requirements. 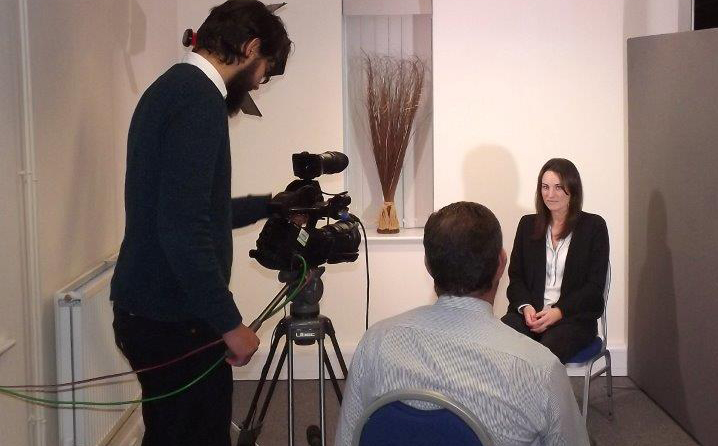 DA Group can provide tailored training programmes to ensure that your key staff are able to handle your PR in the event of a crisis. The essence of our press training is not to bamboozle you with sound bites but to ensure that when the opportunity arises, the correct message is delivered and broadcast. Based on realistic scenarios, drawn up with your input, delegates are trained in both radio and television interviewing techniques and given the confidence to manage their interview.

Please get in touch to discuss your requirements.

If that unforeseen crisis happens how should you handle it?

"Nothing intrigues us more than reticence. The more tightly shut the shell, the greater the motivation to winkle it open." [David Jessell, The Listener]

Start by talking to the reporter "off the record" but still be guarded in what you say. Try to find out what he or she knows.

Buy yourself time at this stage if you need it by saying you will have to check a couple of facts and then you will give them a statement. MAKE SURE YOU DO.

If you have a telephone conversation, which is most likely, ask the reporter to tell you what they are going to write about your part of the story. They owe you that for you co-operation, and they will be more careful to quote you accurately. If they say they are not yet sure ask what the deadline is, and tell them you will ring them back before then to check what its they are writing about you. Again, make sure you do. It’s too late when it is in print or on the airwaves!

If it is a really contentious issue you are in your rights to say you will only answer questions if they are emailed to you, and you can email your replies. If the reporter refuses stick to your guns -insist you are willing to give your side of the story but only via email.

"DA Group designed and provided a superb course for all of our regional managers. Once upon a time they were too afraid to do radio or TV interviews but this course gave them the confidence to go ahead and represent the company."